think3d offers high quality 3D printing/ rapid prototyping service in Shimla, Himachal Pradesh. We pride ourselves in being the most customer oriented 3D printing service provider, with timely communication. And most importantly, we use high quality imported printers and offer the most competitive prices in Shimla, for 3D Printing services. We facilitate air shipping of the printed prototypes to Shimla as well. 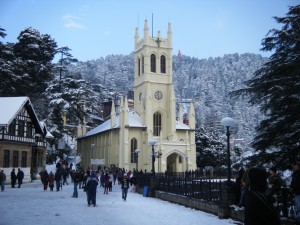 Shimla is the capital city of the Indian state of Himachal Pradesh, located in northern India. Shimla acts as a hub for India’s tourism sector. Shimla is one of the hill stations in India.

In 1864, Shimla was officially designated the summer capital of British India, succeeding Murree, northeast of Rawalpindi. After independence, Lahore was given to Pakistan and Shimla became the capital of Punjab and was later the capital of Himachal Pradesh.

Shimla is home to a number of colleges and research institutions as well as multiple temples and palaces. The city’s buildings are styled in the Tudorbethan and neo-Gothic architectures dating from the colonial era.