This project illustrates how 3D Printing enables frugal innovation and thereby addresses the needs of people who aren’t served or who are under-served due to the lack of economic power or due to the small size of addressable market. The entire project was approached as a full-time endeavour. Manufacturing, assembly and testing was undertaken in Think3D Labs, AMTZ campus, Vishakhapatnam. A 3D printable design of prosthetic hand is presented. The arm is electronically actuated and controlled by servo motors. The bionic arm presented has the potential to be used by an amputee or person born without a limb. This type of technology does exist although it is expensive and generally not available to people in developing countries.

Rapid growth and advancement of the 3D printing industry allows individuals to become small-scale manufacturers. Recent advancements show 3D printed prosthetic arms being attached to victims of war throughout North Africa. Such devices are purely mechanical and significantly less complex than myoelectric devices. Nevertheless, we can see that 3D printed devices have the potential to positively impact people’s lives.

This report covers a broad range of engineering disciplines. The root of the system is an innovative mechanical design for a 3D printed prosthetic hand. Modern day electronic actuators and circuitry animate the device and allow for control schemes. It is hoped that this work will be of value to a diverse audience.

It could be argued that the most valuable possession to any human being is their body. Replacing a missing human limb, especially a hand, is a challenging task which makes one truly appreciate the complexity of the human body. For centuries innovators have been trying to replace lost limbs with manmade devices. Several prosthetic devices have been discovered from ancient civilisations around the world demonstrating the ongoing progress of prosthetic technology. Until recent times the design of prosthetic limbs has progressed relatively slowly. Early innovations such as the wooden leg can be thought of as simple prosthetic devices. History shows that for a long-time prosthesis have remained passive devices that offer little in terms of control and movement. Over time materials improved and designs started incorporating hinges and pulley systems. This led to simple mechanical body powered devices such as metal hooks which can open and close as a user bends their elbow for example.

There are several different categories of prosthetic devices.  They are generally grouped by

The way in which the device is controlled, including:

Passive prosthetics are simple, non-moving devices that aim to restore cosmetic appearance and basic functionality to an amputee. Below image shows the passive prosthetic arm. 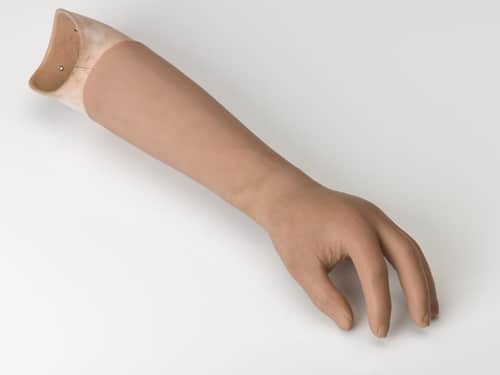 Body powered prosthetics are controlled via a harness connected to the user. They are generally a simple device such as a mechanical hook which is linked to elbow/shoulder movement. Although these devices are relatively simple, they remain the most popular type of prosthesis today. 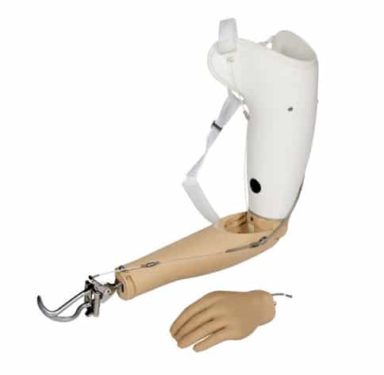 Myoelectric prostheses measure electromyography (EMG) signals generated from the contraction of muscles near an amputee’s residual limb. These signals are measured through electrodes placed on the surface of the skin or embedded directly into muscles. These signals are then amplified and sent to a microcontroller which analyses this information and controls the internal actuators. Myoelectric devices allow for far greater amounts of control than mechanical devices.

The overall goal of a prosthesis is to return as much functionality as possible to a person missing a limb. An ultimate goal would to one day be able to perfectly replace missing limbs. The aim of this work is to design and build a 3D printed prosthetic arm. A user of this device will be able to control the arm via muscular flexing detected using surface electrodes placed on the skin. Modern 3D printers allow for detailed mechanical components to be created and assembled relatively fast. Fabricating complex designs using other methods would be far more expensive and would not be possible in such a short period of time. To actuate the device the first approach is to implement an artificial tendon network.

To create a useful myoelectric prosthesis, it is necessary to have a well-designed mechanical system which mimics the functionality of the human arm as best as possible. Among many other things mechanical design involves how joints are actuated and the types of forces present in the system. The bionic arm design presented in this section can be entirely manufactured with a 3D printer and basic tools.

We faced many challenges while designing the hand. Given below are the photos of our first design. After getting some inputs on this design we moved forward to improve this design. 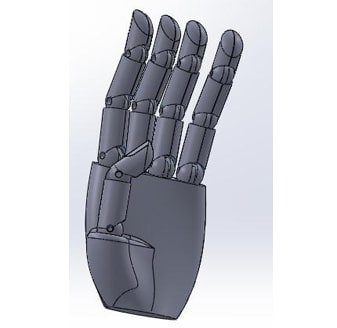 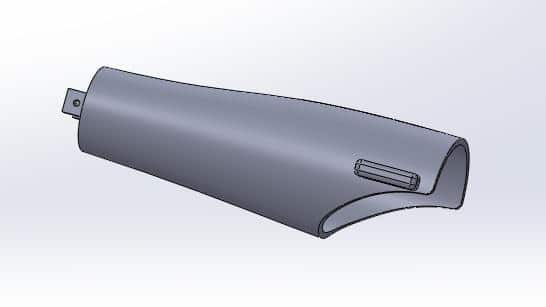 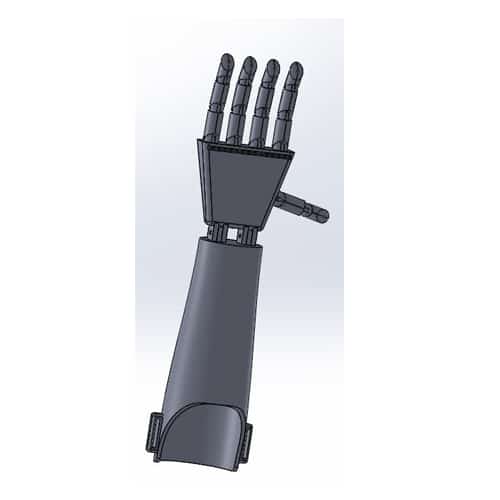 Design 2 was good but more changes were asked to be done in that design. After a lot of changes we finally got to our final design which is given below. 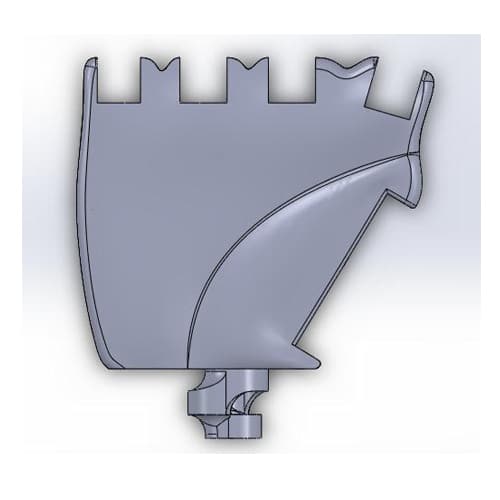 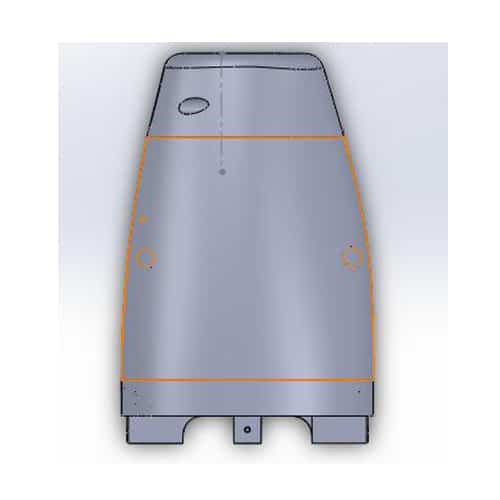 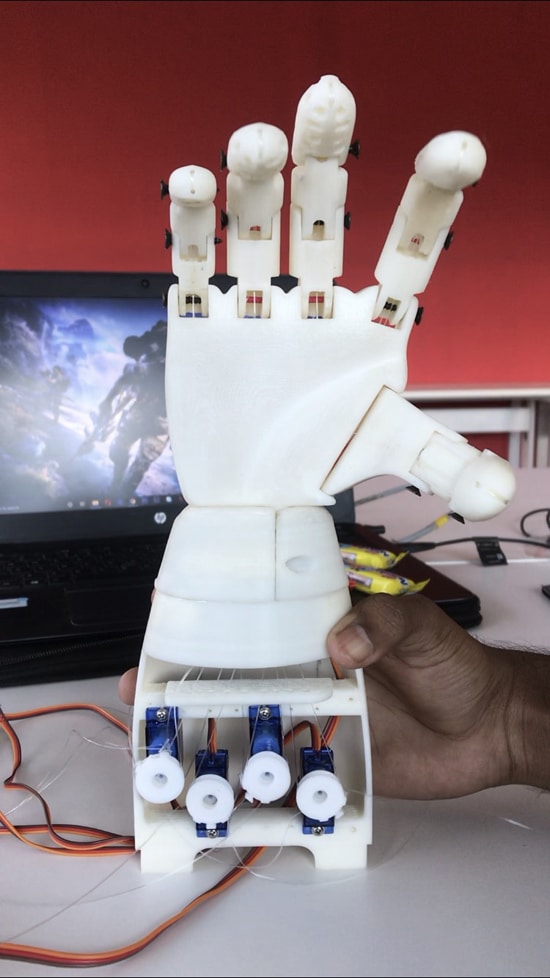 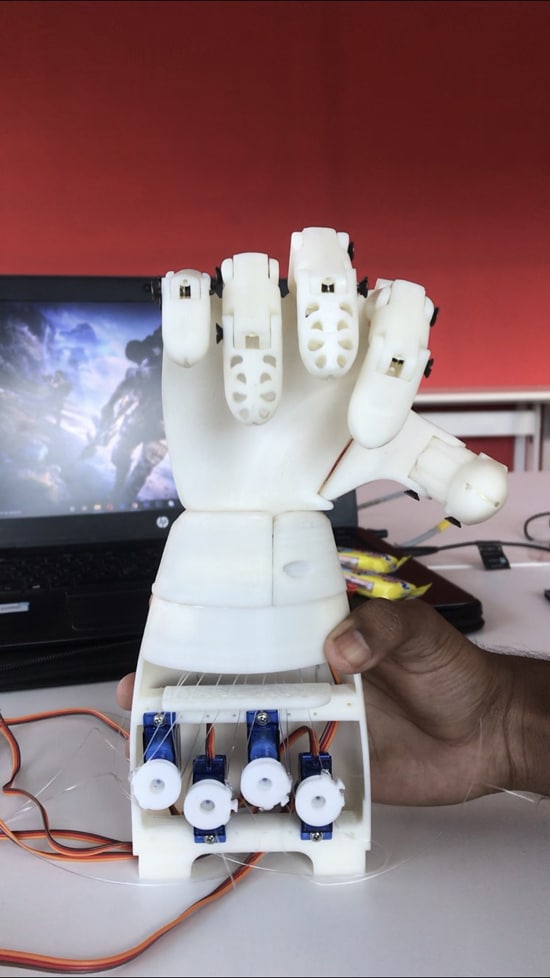 MOVEMENT OF FINGERS IN THE FINAL DESIGN

Once the design is finalized, the next batch of interns came up with a revised design and better electronics to make the whole bionic arm voice controlled.

In the second iteration, we have added voice command recognition wherein user can use speech to handle the bionic arm and do the required operations. This voice recognition option is very useful and convenient for the end users.

The initial aim was to develop a 3D printed prosthetic hand. The goals and expectations for this project has been achieved and it is hoped that the presented body of work allows for several new project topics to be researched in the future.

About the Author: think3D Customer Care