think3D offers architectural and industrial model making services in Chandigarh. Whether you are an architect or a creative designer, a manufacturer or research scientist, we can create the models precisely according to your specifications and scale. We spend time in understanding the end use to deliver accurate designs since each project/ application is unique . Contact us by dropping an email to info@think3d.in for the most competitive prices in Chandigarh. We pride ourselves in being the most customer oriented 3D miniature modeling service provider, with timely and accurate communication. 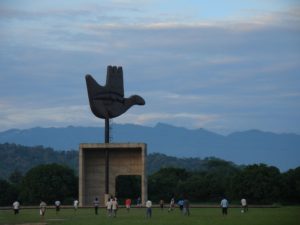 We have forwarded your request to the concerned department and they shall get back to you at the earliest.

sir where are you located in chandigarh?

We are sorry to inform you that we do not have an office in Chandigarh.

Our printing services are executed from centralized location Hyderabad and after printing, we shall deliver the product to your doorsteps.

Dear Mr.Dharampal, thanks for contacting think3D. Kindly drop an email to info@think3d.in with the CAD files or 2d drawings of the model attached, so that we can get back to you. For any other queries feel free to reach us on 8142896564.