This veteran company might face tough competition from an upcoming Moscow-based start-up called Thor3D, has launched a handheld scanning system. This company is headed by CEO Anna Zevelyov and the scanner is called Thor 3D scanner. This device captures objects for scanning and recently the company has launched a marker system for scanning objects that are not geometrically aligned.

Thor 3D scanner weighs 1.8 kg. It is heavy because of the internal components that make this technology wireless. With a reasonable covering and casing, this scanner has a large on and off button which is operated at the swipe of a finger. The scanner captures 10 frames per second. Its precision enabled the scanner to even scan the hair strands. The flash is an area that the device needs to be worked upon.

For demonstration purposes, the company first scanned one of their employees and then went on to scan a car.

It took 15 minutes to scan the car fully. Larger marker systems helped in outlining intricate details. The handheld and wireless nature of the scanner made the process of scanning easier.
This company has been formed by ex-Artec employees and while they take pride in their product, they still have a long way to go before they precede their mentor.

If the company works on reducing the scanner’s weight and provides detailed scanning facilities for smaller objects, they could rise above their competitors.

The Thor3D is working diligently and recently upgraded their software to remove markers from the scan data.
The cost of the scanner varies between countries due to many factors and additional costs.

About the Author: Geetika Bhasin 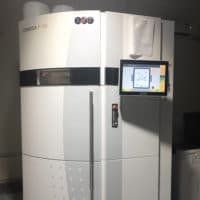 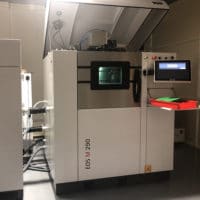 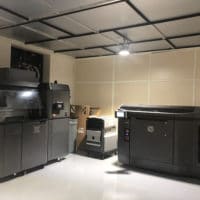