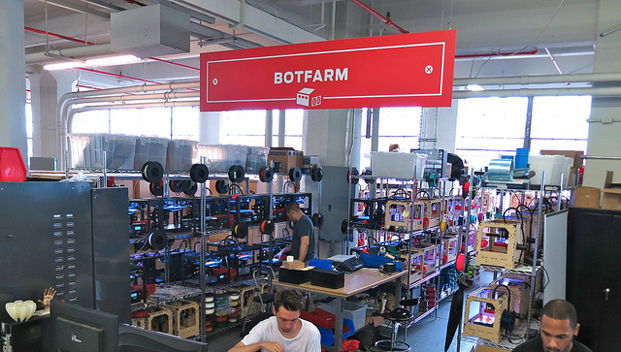 According to Pete Basiliere, research vice president at Gartner, “3D printer market is at an inflection point. Unit shipment growth rates for 3D printers, which languished in the low single and double digits per year throughout the 30 years since the first 3D printers were invented, are poised to increase dramatically beginning in 2015. As radical as the forecast numbers may seem, bear in mind that even the 2.3 million shipments that we forecast will be sold in 2018 are a small fraction of the total potential market of consumers, businesses and government organizations worldwide.”

All together, 3D printing comprises of seven technologies, namely FDM, SLA, SLS, DLP, PJP, EBM, LOM. Of all these technologies, material extrusion technology is leading the market’s growth through 2018 due to significant worldwide consumer adoption of 3D printers costing less than $1,000. The primary market drivers for “consumer” 3D printers are lower prices, improved performance and expanded global availability. The primary “enterprise” 3D printer market drivers are the viability of 3D printing technologies for prototyping and manufacturing coupled with lower 3D printer costs, improved quality and a wider range of materials.

Many startup are entering this material extrusion space and are taking advantage of low barrier to entry to sell consumer 3D printers for less than $500. The competition from these startups shall keep the prices of material extrusion 3D printers low. But what has to be seen is if these companies have sufficient revenue to cover their production, over head, service, sales, channel development and R&D costs. Same is not true with other technology 3D printers like directed-energy deposition and power bed fusion. Thus the manufacturers of those 3D printers are able to hold prices as demand for their equipment rises.

Looking ahead,there is huge demand for plug and print 3D printers that will drive consumer 3D printer market growth beginning in 2015. Many new startups are employing this plug and print capability and are launching entry level 3D printers. Features such as locked-in materials, automated bed leveling and heated build chambers will facilitate simpler set-up and operation, making it easier for the consumer to “hit print” and successfully produce a 3D item. As a result, 10 percent of the 3D printers costing less than $1,000 will have plug-and-print capability by 2016.

“This trend will accelerate as the market consisting primarily of early adopters who grew up with an open-source approach without lock-ins evolves into a market in which average consumers dominate,” said Mr. Basiliere. “While the early adopters will rage at the perversion of the 3D printer open-source ethos, the vast majority of mainstream consumers will demand the simple and consistent operation that ‘plug and print’ can provide them.”

Let us hope India contributes a lot to this 3D printer growth and become one of the major 3D printer manufacturers & consumers in days to come.