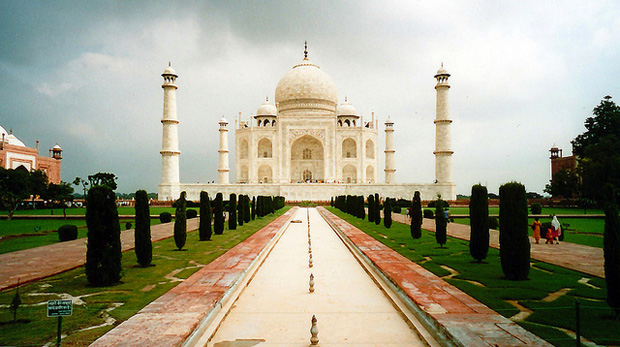 After successfully creating a strong market in the developed countries 3D printing is all set to conquer the markets of developing countries as well. The falling prices of 3D printers and other related equipment as well as the increased awareness among the people about the technology has lead to the creation of a strong market base for manufacturers. The technology is also entering into the mainstream by eliminating some of the drawbacks which were earlier restricting the usage of this technology for commercial purposes.

In the Indian context the technology is quite new and most people are skeptical about the performance of the technology. Thanks to the local assemblers as well as the domestic manufacturers 3D printers are available to the people for a relatively low price. This ensures that the technology could be tested and then when all the proofreading is done a branded 3D printer can be brought.

The Indian market has always been sensitive when it comes to price and so is in the case of 3D printing technology. Most of the industries follow the traditional method of manufacturing (for example: CNC Machines) and the price of 3D printers is almost equivalent to the price of any other conventional machine. This brings in an air of reluctance among the manufacturers for adapting 3D printing into their manufacturing process.

The technology itself is in the evolving phase and there are many transformations yet to be made in the field of mass production and easier design capabilities. One major drawback of 3D printing is the speed. For 3D printers to be fully used in the mainstream industries, these drawbacks should be sorted out at the earliest. These are also the reasons for 3D printing not booming in the Indian market.

This technology has been successfully adapted by many industries like automotive, medical, architectural, aerospace, educational, industrial and so on. As per the projections, the contribution of 3D printing in the various industries in the year 2013 are as follows:

In the developed countries the 3D printing market is booming, the United States of America which is considered to be the biggest market for this technology in the year 2012 has generated revenue of $2 billion; on the other hand the Indian 3D printer market is expected to reach $46 million by the year 2019.

3D printing as a technology can in implemented in India in commercial sectors like healthcare sector, architecture, educational, art & craft. The elements that could attract Indians towards using this technology is the capacity of customization. The biggest positive point related to 3D printing is customization and the usage of these customized objects in various fields such as organ replacements, footwear, interior decorations, furniture modeling, food, animation and gaming, fashion and apparels as well as educational purposes. All this would create a strong base for 3D printing technology in India.

With each passing day researchers and scientists are bringing about ground breaking reforms in this technology and so the area of application of 3D printing is likely to develop even more in the near future.

ALTEM Technologies is basically a Product Lifecycle management (PLM) Software VAR (Value Added Reseller) for a company named Dassault Systemes. It is also the Indian distributor for Stratasys 3D printers. The company has signed a partnership agreement with Stratasys in the year 2010. Since then the company has been supplying 3D printer to Indian consumers. The company sells FDM (Fused Deposition Modeling) and Polyjet technology based 3D printers so that an ultimate 3D printing experience can be obtained by the consumers.

The company has its headquarters in Bangalore, India and three other sales officesin Hyderabad, Chennai and Pune.

It is a startup company which is all set to explore the potential of 3D printing with the help of powerful hardware and very creative members on board. The company is one of the few Indian companies that have successfully made a 3D printer.

The company has named the printer as the Braham Anvil. The printer is made for both beginners as well as professionals.

Some of the features of the printer are mentioned below:

KCbots is another Indian 3D printing company that is making extremely user friendly and powerful printers based on the knowledge and experience of its founder Karan Chaphekar. Chaphekar has vast experience in making RepRap 3D printers. The company was founded on the base of this knowledge. The company believes that the best 3D printer is a one that is reliable as well as consistent. The name of the 3D printer that the company has made is named Gbot 3D creator. The printer has been made especially for the Indian market. The company also offer support for customers via key support and training resources.

think3D is another major startup in 3D printing space in India. think3D works with the mission “3D Printing For Everyone”. The company works on a multi-pronged strategy. (a) 3D Printer & Filament Sales (b) 3D Print On Demand (c) 3D Design Store (d) Training & Workshops. The company also covers latest happenings on 3D printing across the world. The company partnered with various 3D printer manufacturers across the world and thus offer reseller services for those manufacturers.

The company aims to manufacture 3D printers with supreme quality. With products such as Dimension 3 LE and Vector PLA 3D, the company delivers value added solutions. The company professes to have developed printers which have duplication accuracy up to 99%.

These are a few companies in India that are trying to create a market for this technology. Hopefully in the near future we do see more companies jumping in into the unknown waters of 3D printing!