3D Bioprinting Solutions made its mark in the history of medical industry with the successful transplantation of the 3D printed thyroid gland.

The company has announced in November 2014 that they would produce a functional 3D printed transplantable organ by March 2015. As claimed, the team of Russian scientists successfully transplanted the 3D printed gland into mouse. The complete report of the results will be soon available next week.

“We had some difficulties during the study, but in the end the thyroid gland turned out to be functional,” said Dmitri Fadin, Development Director at 3D BioPrinting Solutions.

This successful operation implies on the next revolutionary step with their aim to 3D print and transplant a human thyroid gland. According to the estimation by the WHO, 665 million people are affected by thyroid disorders and the standard organ transplantation could be a risk due to the high factor of rejection of the new organ by the immune system. The new solution offered by the Russian scientists eliminates this risk as their bioprinting process makes use of the patient’s own stem cells thus ensuring that it is safe. 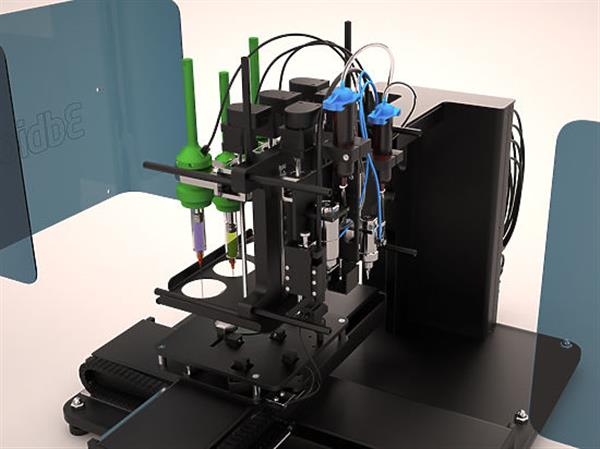 The 3D bioprinter equipped with syringe releases the stem cells layer by layer onto hydrogel. Once the organ is printed, it will be placed in a bio reactor where this gel dissolves leaving behind the printed organ to mature.

The team of the 3D Bioprinting Solutions has announced that their next goal after the successful printing and transplanting human thyroid gland would be to 3D print a kidney by the year 2018 which would be another life saving project.