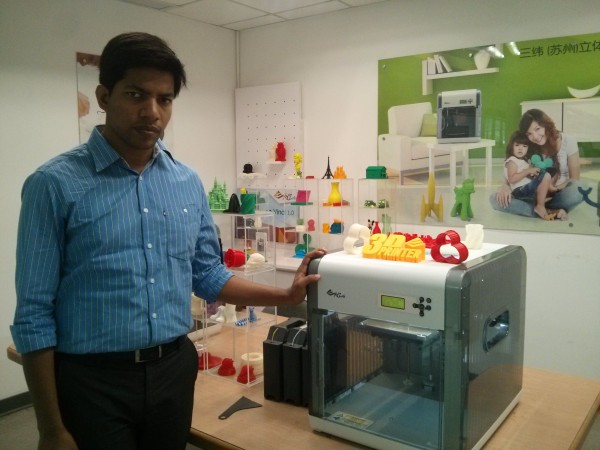 Recently, there is lot of buzz in the media about one particular 3D printer called da Vinci. The printer is manufactured by a Taiwanese company, XYZ Printing and the printer is priced at 499 USD. Considering that most 3D printers are priced at around 2000 USD, 499 USD is a very attractive price for 3D printer. There are various other 3D printers at this price range, especially the RepRap ones but what amazed us a lot is the kind of features that are packed in this printer. It is voted one of the best 3D printers in the market and the most affordable 3D printer.

This company is headquartered in Taiwan and has a rep office in Suzhou, China. Suzhou is located 100 km from Shanghai. We decided to visit their rep office, see the product and figure out if all the media buzz is for real or not. We started off very early in Shanghai and reached the destination in 2 hours. The building where the office is located is very huge, much like a huge electronics factory and we are very sure that the whole place can’t be for XYZ Printing, given the market for 3D printers. But upon meeting the team there, we realized that XYZ Printing is actually a division of Compage which is an industry leading OEM / ODM for 2D printers. Most of those 2D printers are manufactured at that factory where XYZ Printing is located. But it seems 3D printers are manufactured in another factory located in Thailand. 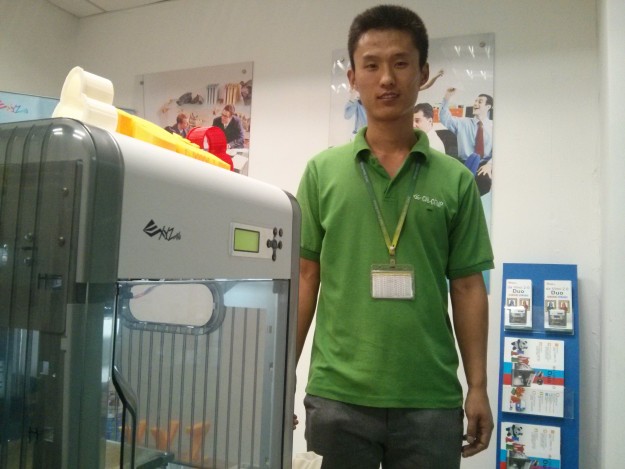 In Suzhou facility, there is only a display room showcasing the 3D printer and a small office. The team there are handling the sales, marketing and distribution in China. We are received by a sales manager who showed us the printer. He provided some marketing stuff about the printer. As rep office is handling 3D printer sales in China, most of the marketing information provided is about 3D printing market in China. Later, technical person joined the discussion and the sales person left as he had other things to do and also as he isn’t in-charge of international sales.

The technical person spent considerable amount of time explaining the printer, specifics and also showcasing us various sections of the printer. The fundamental make of the printer is similar to any other 3D printer using FDM technology but certain elements set it apart from other printer. 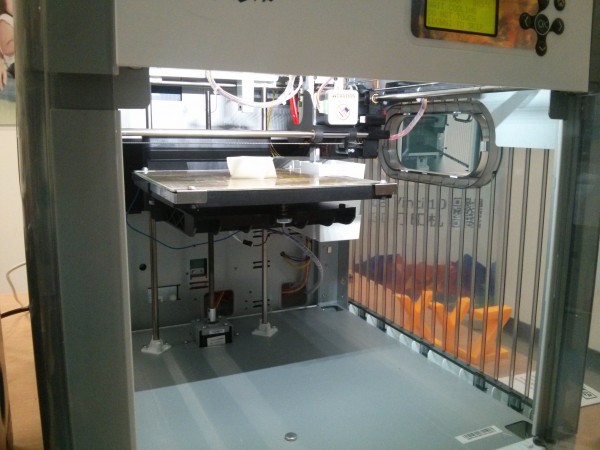 The printer has a section where all the waste (initial filament extrusion) can be stored in. It is more like a dust bin within the printer. This section also has a provision to clean the nozzle head and make it clear for extrusion. So, in a way it is an auto-cleaning mechanism to ensure that the nozzle doesn’t get jammed and is well maintained.

daVinci printer has a special build plate in it. The build plate is made out of a special material and has a copper bottom to heat it. The technical person claims that because of this special plate, prints that come out of the printer are very stable. 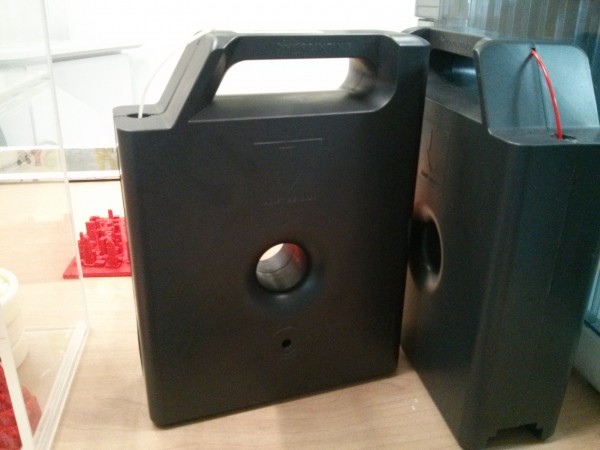 After seeing the printer, what surprised us the most is how the printer is offered at such a low price as a printer with such features retails at anywhere around 2000 USD. Upon further enquiry, it was revealed that the company has necessary infrastructure already in place for their 2D printer manufacturing. So, the additional cost to manufacture a 3D printer is very less for the company. So, the company decided to sell 3D printers at a very low price in order to capture the market share. As they anticipated, daVinci received wide positive reviews, various awards and is quickly gaining market share.

We saw various prints and all the prints are exceptional. So, our view is that XYZ Printing is here to stay and Da Vinci is going to be one of the top players in 3D printing industry soon. 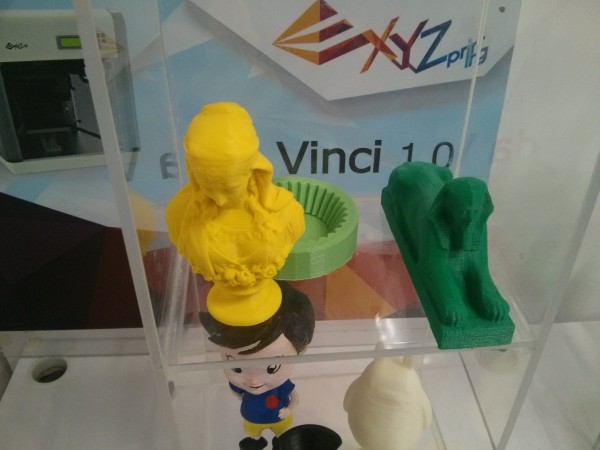