On 15th October 2014, we went to Beijing to meet with the Beijing Tier Time team and see their product range. Beijing Tier Time is the company behind UP! brand desktop 3D printers. UP! Brand desktop printers (UP Plus2, UP! Mini) are one of the leading desktop 3D printers in the world. At think3D, we have one UP Plus 2 printer that we use for print on demand services and we are well amazed with the quality of the prints and reliability of the printer that UP! Plus 2 quickly became our favorite 3D printer. After testing the printer thoroughly, we decided to became a distribution partner for UP! In India and thus the visit to their office in China. 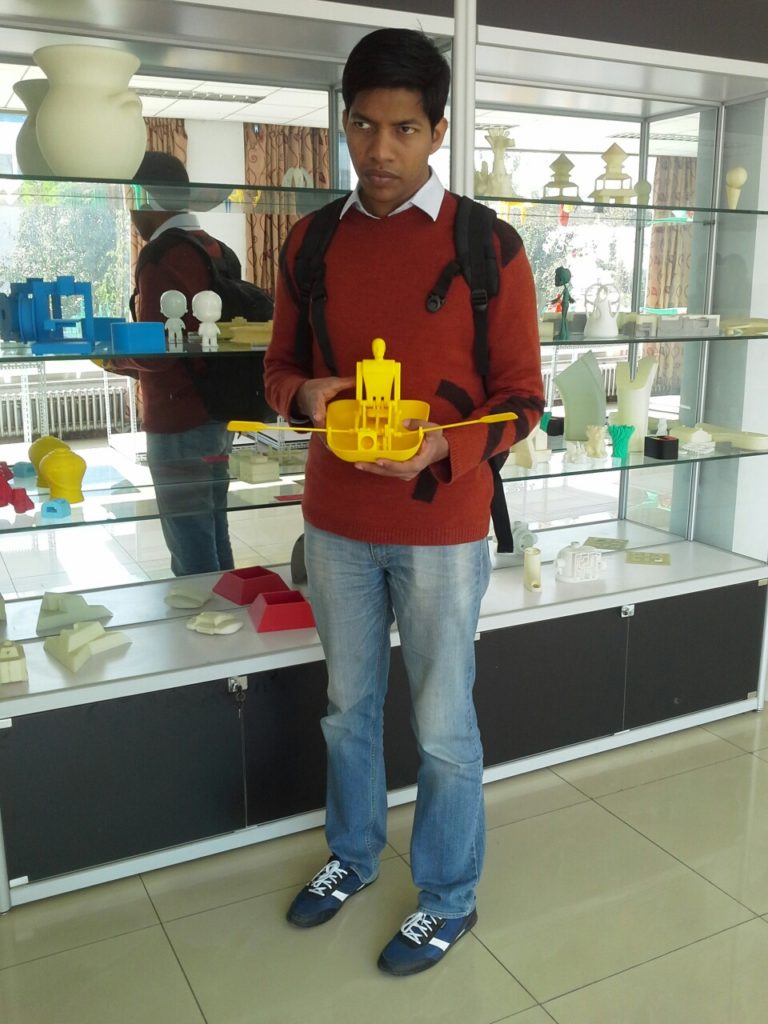 On the first day we went to UP head office in Beijing. At the office we are received by one Ms. Vera, who is the person in-charge for South Asia, Middle East & North Africa. We have been communicating with her over emails the last week or two. The sales head is also supposed to meet us if not for the last minute change in our schedule. We spent around 2 hours in the conference room discussing various aspects of the printer, distribution agreements and general market perception of UP printers. In the course of discussion, we found out some interesting stuff about Beijing Tier Time. Beijing Tier Time was founded in the year 1993, almost 17 years before desktop 3D printing revolution started. It was founded by a Tsinghua professor specialized in additive manufacturing and rapid prototyping. UP! was mainly into industrial printers till the desktop 3D printing revolution happened in 2009. Then it launched a desktop version of the industry printer called UP! Plus 2 which became a runaway success in desktop 3D printing. Ms. Vera also mentioned that UP is Asia’s largest 3D printer manufacturer and is one of the top 3 3D printer manufacturers in the world. 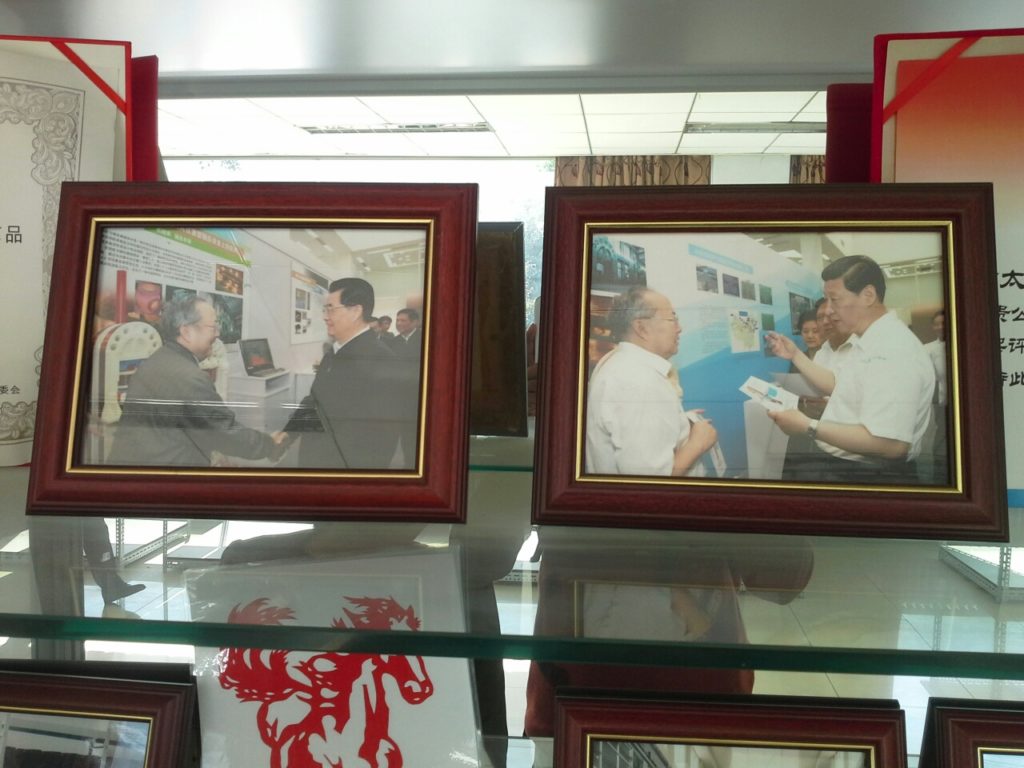 During the 2 hour meeting, we are shown various products launched (and also to be launched) by UP!, Ms. Vera explained the distribution clauses and also the market intelligence in other markets. Later, she took us to her workplace to showcase UP! Mini, UP’s best selling 3D printer. UP! Mini is a smaller version of UP! Plus2 and has a smaller build volume. The whole printer is packed inside a box that from outside looks stylish and thus can be kept on the desktop. As with every other product of UP!, everything is automated in this printer. All one needs to do is give power supply and connect the printer to the computer using an USB cable. Then she opened the UP software, pulled in one object and just printed it. As the printer has a lid which can be closed (much like a Micro Oven), the printing process isn’t visible. But one can see through the box and there is an LED light that lit the printing area. So, one can see the printing process through the glass door. In 20 minutes, the printing is done and a beautiful object came out. After this we ended the first day talks and decided to visit the factory the next day.

The next day, the sales in-charge arranged a vehicle to pick us up from our hotel and take us to the factory which is around 120 minute drive from the head office. The factory is in a special economic zone dedicated to advanced manufacturing concepts. Given the nascent stage of the 3D printing industry, we expected a small factory but factory is actually much bigger. We first went to the canteen to have launch and then went to the exhibition hall to see the various objects printed using UP printers. The size, finish and details captured in the printed objects are so good and class apart from other 3D printers. 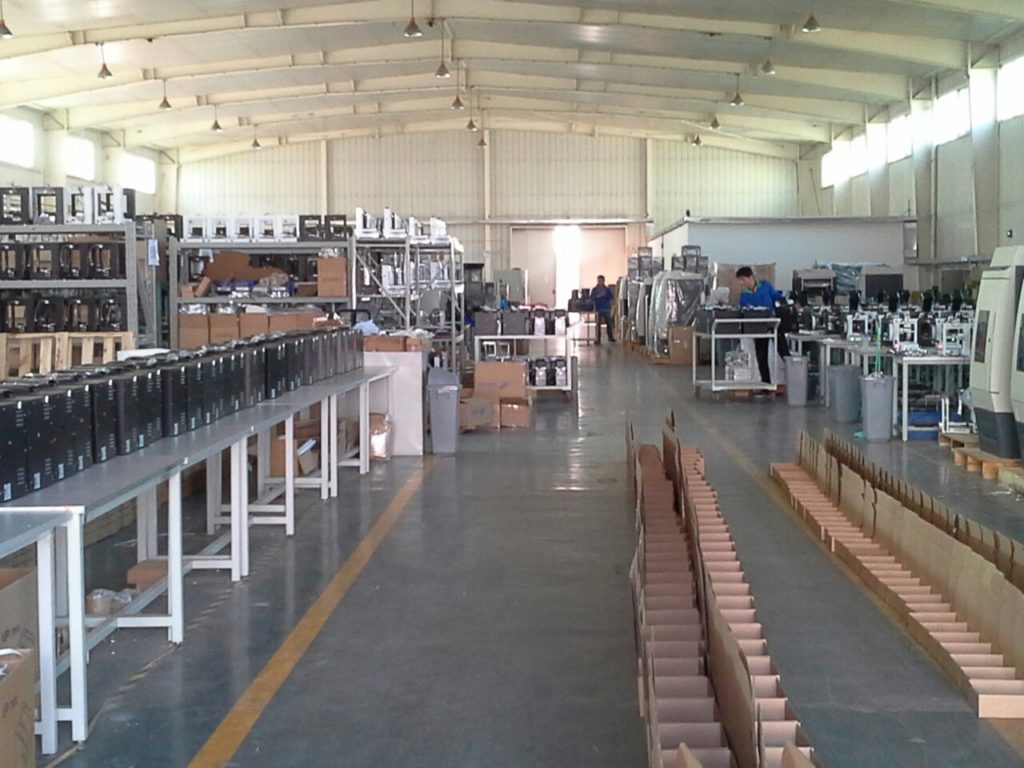 We are received by a floor manager at the factory and he explained us the entire factory operations. He took us to each section and detailed us about the various components of the 3D printers. It was a nice introduction to the components inside a 3D printer. There is a filament manufacturing division next to the printer manufacturing section. We couldn’t visit that section as it is restricted. At the end of the tour, sales manager gave us a free Micro Switch as a replacement to the one which got burnt when we first installed the 3D printer. Afterwards, we head back to Beijing and Ms. Vera dropped us at our hotel. 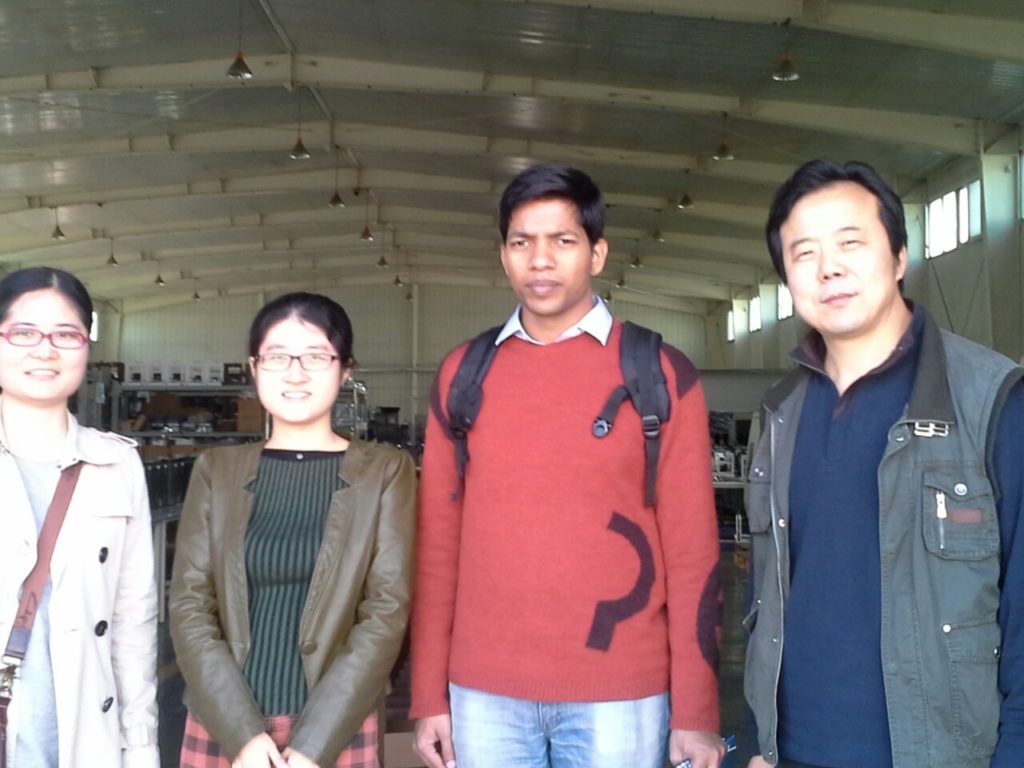