Patrick’s Washbear capable of multiple shots, allows swapping between 6 round cylinder and 8 round cylinder by removing the long pin at the front of the frame. To avoid the delamination and to increase the strength of the cylinder core, the cylinder assembly is surrounded by black bars which are bonded into single unit using high strength epoxy or acetone welding. 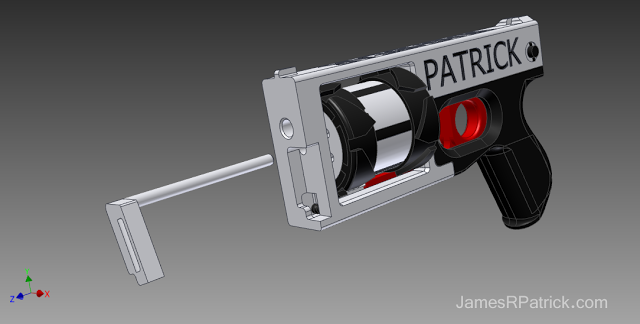 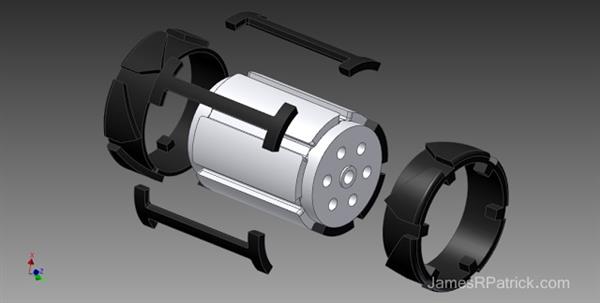 Patrick made the 3D printable files of Washbear available for free on his website that also covers the design and assembly of the gun.