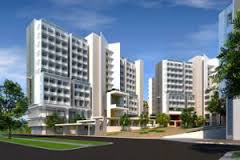 Singapore is one of the  major 3D printing hubs in the world. Many large organisations and centers are dedicated to this technology in Singapore. There is the Global Additive Manufacturing Center of Excellence and the National Additive Manufacturing Innovation Cluster, which is led by experts from Nanyang Technological University (NTU). Both these entities came together to work on a live project called “3D printed public housing.”

Innovations in building constructions would definitely be slow to take hold as  people believe that the  traditional methods of construction would  be safer than the new unproven methods. This is quite understandable. But that doesn’t mean that new innovations like 3D printing  have  no room for practical existence even after thorough testing. 3D printing has potential growth in architecture,   Many organizations are developing ways of 3D printing major structural elements, and creative ideas for 3D printed walls and interior designs.

The 3D  printed high-rise building idea is something different, the idea is relatively untested and unreliable for many citizens to live 1000 feet above the ground  in a new technology; its quite scary. This is a new challenge for Singapore center, to make it safer and trustworthy to all its citizens to stay in such houses.

The idea, according to the Centre’s Executive Director Professor Chua Chee Kai, is to print the buildings one story at a time, then transport them to the construction site and stack them like Legos. This “Lego-style” fabrication method is officially known as “Prefabricated Pre-Finished Volumetric Construction,” . This method was already used to construct three new residence halls at NTU.

The first and foremost thing is developing the 3D printers which are large enough to print 3D building materials.Only the major structural components are 3D printed . The rest are manufactured by the traditional methods.

“In the area of housing there are quite big challenges,” said Professor Chua. “There is no assistance of 3D printers and no availability of printable concrete. We have to develop all this from scratch.”

The Singapore Centre for 3D Printing was set up with $150 million by the government and local industry for the purpose of researching ways that 3D printing can be used within the city. Singapore currently depends heavily on foreign workers for construction, which, combined with an aging population, creates some urgency for the government to develop more productive, less labor-intensive construction methods. The Center is also researching the potential to 3D print weapons parts for the military, as well as multiple healthcare applications.