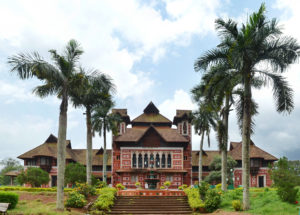 Thiruvananthapuram, also known as Trivandrum, is the capital city of the Indian state of Kerala. It is the largest and the most populous city in Kerala and the fifth largest urban agglomeration in Kerala. It is on the west coast of India near the extreme south of the mainland. Referred to by Mahatma Gandhi as the “evergreen city of India”, it is characterised by its undulating terrain of low coastal hills and busy commercial alleys. With a population of 957,730 inhabitants, it is the largest city in Kerala. Thiruvananthapuram contributes 80% of the state’s software exports and is a major IT hub. Considered one of the 10 greenest cities in India, Thiruvananthapuram is classified as a tier-II Indian city along with Kochi and was ranked as the best city in Kerala to live in a 2012 Times of India survey. The city was also ranked as the best city in India for Housing and Transport by a survey conducted by India Today.