Drotix to “Kickstart” their new Gala 3D Printer in April 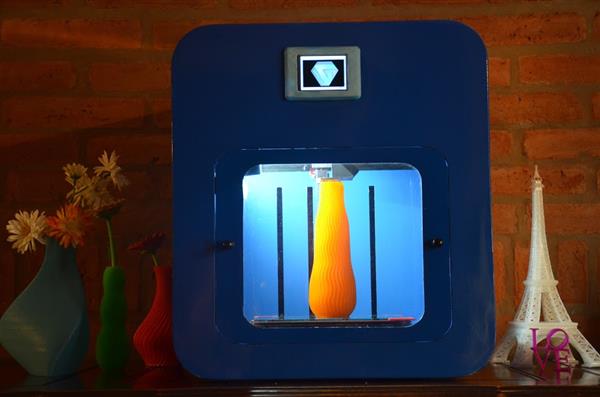 New & enthusiastic group of engineers, developers and 3D designers from around the block are teaming up to create something new and something, what they believe, will optimize efforts of other 3D printer users. These passionate groups usually go for crowd-funding or seed-funding to have a seamless execution of their plans and ideas, starting from showcasing it on a suitable platform (website, exhibitions) to something like managing their supply chain. Organizations like Form 1+ from Formlabs, the Micro from M3D and the FLUX All-in-One 3D printer from FLUX Technology who have started from basic level eventually through crowd-funding campaigns they have turned into big names in the 3D printing world.

Having a similar vision in mind another such company, Drotrix have stepped out on the streets to launch themselves in the market. Engineer, Mariano Ronchi of Drotix, and his team of designers, engineers and developers is all set to launch a fully functional 3D printer, the Gala 3D Printer.

Ronchi says, “During the last years we seen a lot of cheap and small 3D printers reaching the market, none of them caught our eyes, and after track their progress and check users feedback, we confirmed our suspicions, they aren’t for everybody,”. To that he adds, “So with a group of colleagues we started to design a printer that meets the (more considered) requirements.”

Ronchi and his team desired to create a cohesive system, which mean it will aim at enriching the 3D printing experience of all kinds of users, without compromising the output quality. And therefore, in order to do so they have included the following – a fully-enclosed housing that would house all of the wires, cables, mechanical parts and motors, a large build volume of at least 8” x 8” x 8”, balanced speed and quality (20 micron precision at 50-80 mm/s), should be able to use use all kinds of filaments in the market, will have what they call “plug and play/print-ready”, and some outlined features. These extra features are taken from other 3D printers which they have man-handled before, and they think, will make a more friendlier 3D printing experience. Among those claimed features are a WiFi connector, touchscreen controller, on-board video camera, a heated bed, automatic bed leveling system, a fully-enclosed air carbon filter, an included microcomputer to remove computer dependency, an expansion port for additional accessories including a 3D scanner, ability to work with software from any device including mobile phones. It will consist of features that will enable users to connect to the social networking sites where they can share and download their 3D printing projects.

“During past year we invest almost all our time (and money) to create an FDM 3D printer that meets expectations of end and professional users that can’t or don’t want to pay an excessive price for a great machine.  After a year of hard work designing, making, testing and starting over again, we (ended up with the) Gala 3D printer.” Ronchi said.

They have five functional prototypes called the Gala Beta model.These prototypes have been used extensively for over 10,000 hours.  One of these models has been printing continuously over the last two months, for 24 hours a day for 7 days a week (with pauses only occurring between parts).

Some of the eye-grabbing objects created at Drotix

If they are funded, Ronchi and his team will be producing and assembling their printers in Miami, Florida. Meanwhile they will continue developing their software in Buenos Aires, Argentina.

The Gala 3D Printer has the following Specifications:

This surely seems like a very attention-grabbing and ambitious plan. With such intentions clubbed with the confidence of such a dynamic team of 7we at think3D certain hope their campaign turns out to be an immensely successful. I am sure all of you who are reading will get some idea about the developments.