One of World’s largest SLM 3D printers unveiled in China.

One of World’s largest SLM 3D printers unveiled in China.

Wuhan National Laboratory for Optoelectronics (WNLO) situated in China , unveiled a Selective laser melting 3D printer which can be used for large scale purposes. It is being presented as one of the world’s largest high-precision SLM 3D printers. The company has also announced that their machine has been certified by the Achievements Identification of Science and Technology Department of Hubei Province, where the company is based. 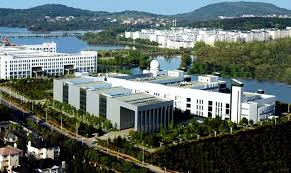 WNLO stated that their 3D printer has an impressive build volume of upto 500mm x 500mm x 530mm  , which is indeed a large volume in 3D printing standards. There is another printer which goes by the name Concept Laser’s X Line 2000R , which has a build volume of 800mm x 400mm x 500mm, remains larger. 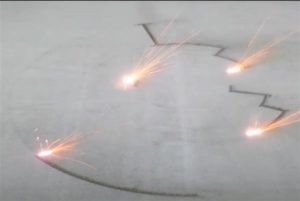 The SLM 3D printing system released by WNLO can accommodate a number of materials including titanium, stainless steel, high temperature alloys, aluminum, and magnesium alloy powders. Additionally, the printer is equipped with a double-sided layering technology which has increased the forming efficiency of the machine by 20-40% over other SLM 3D printer models.The company explains that this , SLM 3D printer will help overcome multiple technical problems usually found in complex aerospace metal parts, such as structure and function integration , weight loss , and other key technical problems. They say this printer is capable of creating high-precision metal parts, to improve molding efficiency , and to reduce equipment development cycles.