The perfect memento made possible with 3D printing! 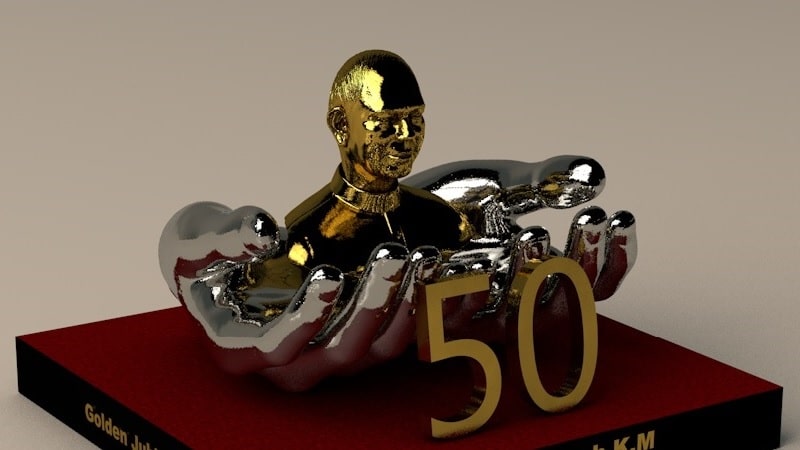 The charm of personalized mementoes compared to the regular available ones from the market is not comparable. One of our clients wanted to gift a miniature model of a priest as a part of the Golden Jubilee celebrations. They thought of presenting a unique memento but  didn’t have an idea that how to make a model and get the final output. So they shared the inputs to think3d team to make a memento.

Client and his team were unsure of the output in a very limited time. Also, they had a lot of concepts in mind and were doubtful about the final output when fabricated in reality. Also, since it is a skilled work, they were hesitant due to the fact that it will be too much dependent on the artist, with no time for rework.

Designers at think3d developed the rough ideas/ concepts in to 3D models for feedback. Once the idea was frozen, they went on to start developing the virtual model with more details including the material textures, so that the client can decide on the actual treatment of the model. With inputs like photos and postures, the team developed the digital model that features the anatomy and posture of the Asst. General’s memento and also created the required 3D rendering to the model. After multiple iterations and approval from the client especially on the 3D sculpting, 3D models were created using rapid prototyping process like Fused Deposition modeling (FDM). At last painted to the model and enclosed it in a beautiful see through box, exactly as shown in virtual rendering.

3D rendering was an essential part of the project. After completion of 3D model, it was treated with multiple material compositions and was finalized for a silver and gold look. Detailing to the last level, including the base color and sizes were done before hand at the design level itself, so that there are no surprises in the end. 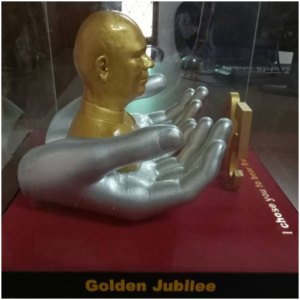 glossy Silver colors. Finally, assembled the model in an acrylic box and enhanced the output by adding customized features based on profile of customers.

The neatly finished memento was successfully completed within 2 weeks and we have delivered beyond the client expectations. A neatly packed gift was made ready by the time they came to pick up the memento. The client and his team were really happy with the memento and the event also grand success. The client and his team were very happy and appreciated our timely services. They were very happy for being able to present a memorable gift, which made the event a great success.

2 replies on “The perfect memento made possible with 3D printing!”

Just for info what would be the cost of such memento if the qty is 100 pcs.

Dear Mr.Piyush, thanks for contacting think3D. Please fill in your requirement in the below-mentioned link so that we can get back to you with a quotation.
https://www.think3d.in/placeorder/