Robert Flitsch, a former student at the Harvard John A. Paulson School of Engineering and Applied Sciences, came up with a idea to make 3D printer on wheels, that solves the issue of mobility of 3D printers.

Addibots, a startup launched by Flitsch, focuses on developing and marketing mobile 3D printing robots which are capable of moving on the surface it prints. “By making the additive manufacturing components completely mobile, you break free of all the workspace limitations of 3D printing,” Flitsch said. “But Addibots also greatly opens the field to many new application spaces for additive manufacturing.” 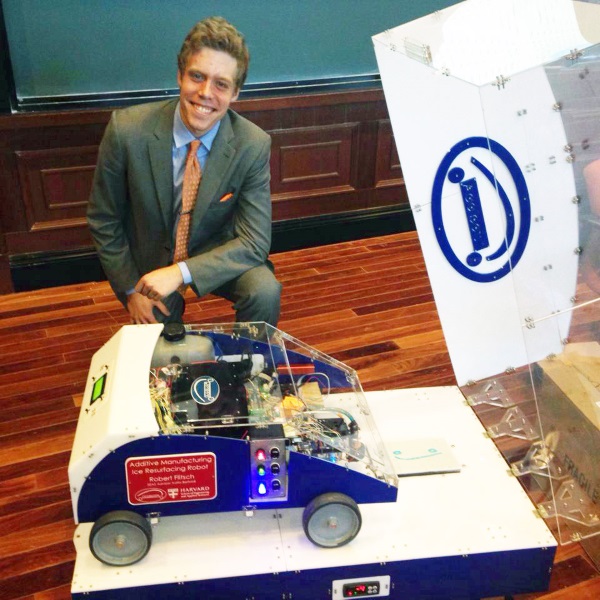 The remote controlled or autonomous mobile robot is equipped with array of high resolution printheads that allows the robot to 3D print using a variety of materials as it moves along a surface. “Once you get rid of that confined workspace and you make the world your workspace, there is no telling what you can do,” Flitsch said.

Flitsch developed the concept of mobile 3D printer for his senior project in Engineering Sciences 100, that could resurface the ice hockey rink by extruding ice onto the uneven skating rink chipped up by skates. “I soon realized that the best thing about this technology is that it is really only limited by what you can think up,” he said. 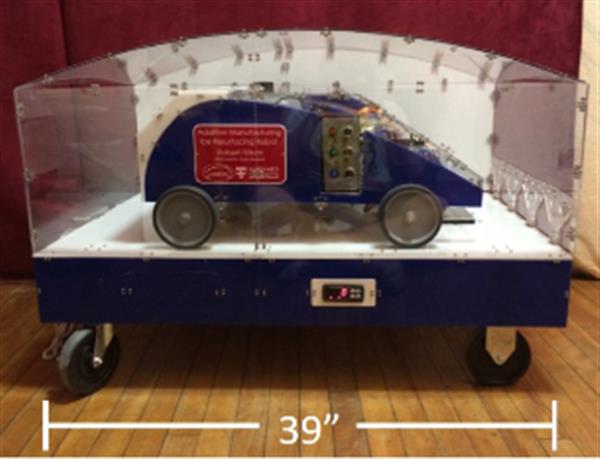 Flitsch further developed the concept to resurface roads that could help public works department to conduct regular maintenance to meet the demand for new and improved roads thereby saving time and expenses involved. “Road resurfacing Addibots would also be a great way to move caustic materials, like tar, farther away from the people who would be working on the roads,” Flitsch said. The Addibot with different print heads could build resurfacing material with specialized elements, such as carbon nanotubes, which would improve road durability. It is also capable of printing sensors into the road surface that would be used by travelling autonomous vehicles.

Flitsch hopes to bring Addibot to market in one to three years and is currently seeking funding sources for his further research and development.