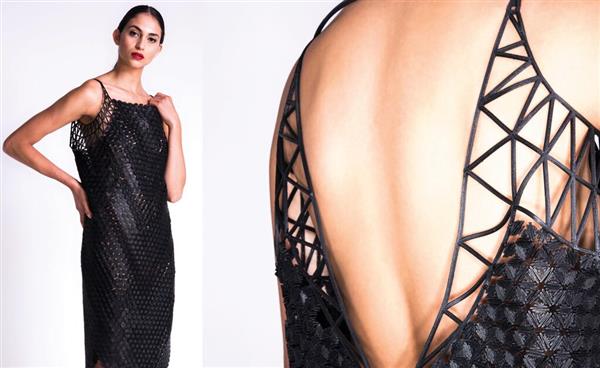 With 3D printing technology infiltrating in various industries it is a no brainer that it has limitless opportunities in fashion industry as well. You cannot stop art and an artist usually have their own way of expressing. And since thinking out-of-the-box is the norm now-a-days designers are all set to go out of their and innovate. And this is coming in right time because 3D printing technology has already made its mark and proved its worthiness. 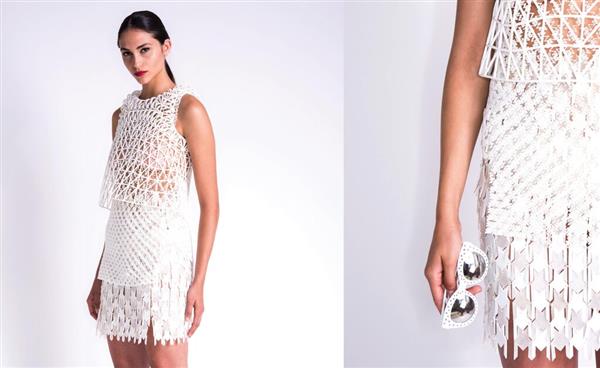 Young designer from Israel Danit Peleg took help of 3D printing technology to complete her graduation project, where she had to showcase five different pieces of designs. ‘In September 2014 I started working on my graduate collection for my Fashion Design degree at Shenkar,’ Danit says. ‘ I decided to work with 3D printing, which I barely knew anything about. I wanted to check if it’d be possible to create an entire garment using technology accessible to anyone. So I embarked on my 3D printing journey, without really knowing what the end result would be.’

She said on her website that she was inspired by Eugène Delacroix’s painting ‘Liberty Leading the People.’ ‘I modified it so it would look like a 3D picture. The first piece I focused on was the “LIBERTE” jacket. I modeled the jacket using a software called Blender and produced 3D files; I could now start to experiment with different materials and printers,’ she told.

However Danit revealed that she was having issues with the fact that the materials that were available were not flexible, till she was introduced to FilaFlex. ‘I was not getting very far because the material is inflexible, which is the key property of a “real” textile. The breakthrough came when I was introduced to FilaFlex, which is a new kind of filament; it’s strong, yet very flexible. Using FilaFlex and the Witbox printer, I finally was able to print my red jacket,’ Danit tells.

Danit wanted to keep sync with the theme of her fashion collection – 3D printing and so she decided to make the models wear 3D printed shoes on the ramp. ‘When I was getting ready for the runway, I printed shoes for the models – I wanted the models to wear 100% 3d-printed materials – including the shoes,’ she added. 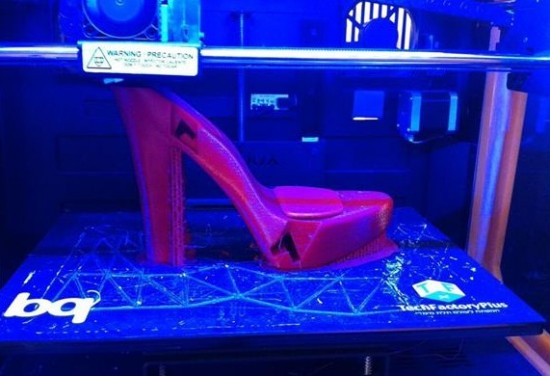 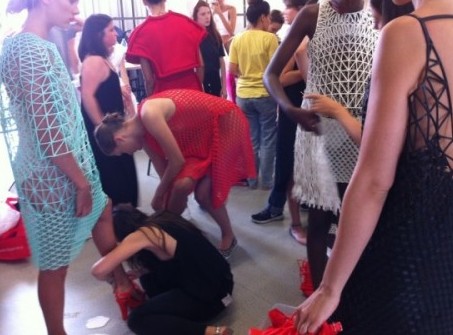 Finally after 2000 hours of printing she was ready with her collection. She was consistently helped and guided by TechFactoryPlus and XLN, two of the leading 3D printing companies in Israel. “Together, we experimented with different printers (Makerbot, Pursa, and finally Witbox) and materials (e.g. PLA, soft PLA). I was really happy to join an incredible global community of makers who share their knowledge, designs, and time to help each other realize their dreams,’ she told. 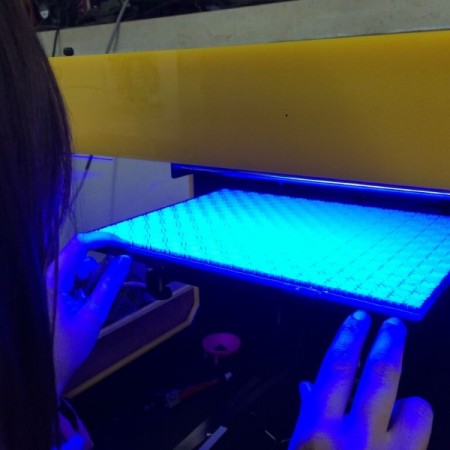