Difference between SLA and DMLS

Difference between SLA and DMLS

Differences in Principle and Procedure 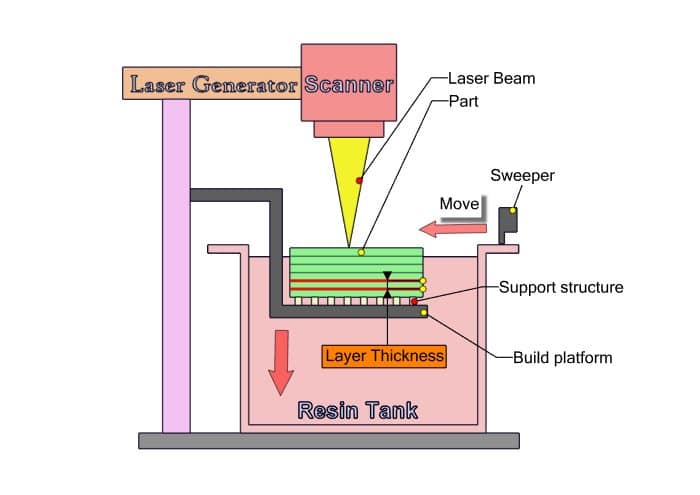 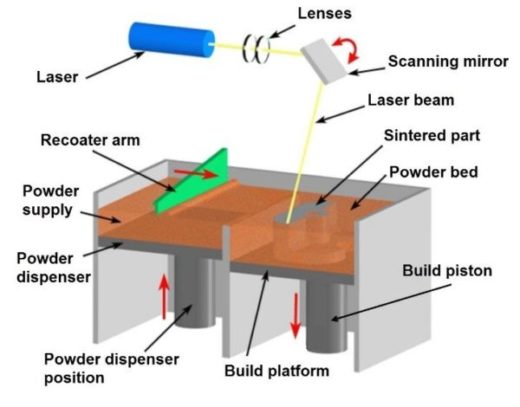 Stereolithography (SLA) is a process of  rapid prototyping in which the principle is Vat Photo-Polymerization. In this process the build material is photo-polymer resin,ultraviolet(UV) laser is used a light source for curing (photo-chemical process by which light causes chemical monomers and oligomers to cross-link together to form polymers) of the photo-polymer resin layer by layer to construct required object.

Direct Metal Laser Sintering(DMLS) is process of 3d printing on the principle of Powder Bed Fusion.The build material is finely granular metal powder (namely Aluminium and Titanium), Laser like YB(Ytterbium) Fiber Laser is used as a light source for fusion of metal powder layer by layer to build the designed object.

In Stereolithography(SLA), the photo polymer resins are exposed to UV light, as they are sensitive to UV light they get solidified and forms a single layer according to the design of the desired 3D object. Then the build platform moves down one layer(precisely 0.25-0.3 mm) and a sweeper will re-coat the surface with the resin that is present in the tank.

This process is repeated for each layer of the design until the  3D object is  completed. Post-processing is done to clean the wet resin, the surfaces must be washed with a solvent and post curing will be done for the complete solidification to the object.

In Direct Metal Laser Sintering(DMLS),the metal powder is melted together by a laser in the printer to create 3D object. With the help of roller a super-thin layer  of Aluminum or Titanium powder is spread all over the build chamber. The print chamber of the 3D printer is then heated below the melting of the powder. Now the process of sintering is done with the help of laser that touches those areas of the layer,raising the temperature just above the melting point of the part design. Thus, one layer of the part is sintered.

The process of spreading of powder, laser sintering of the object is continued until the complete object is build. It is not possible to yield the 3D print immediately after the completion of print. As we heated up the chamber earlier, the printer and the metal parts are allowed to cool down. Once the duration for cooling is completed,the object is lifted from the powder bed. If any support structures are given to the object to keep structurally strong while the printer builds it, those will be removed manually. 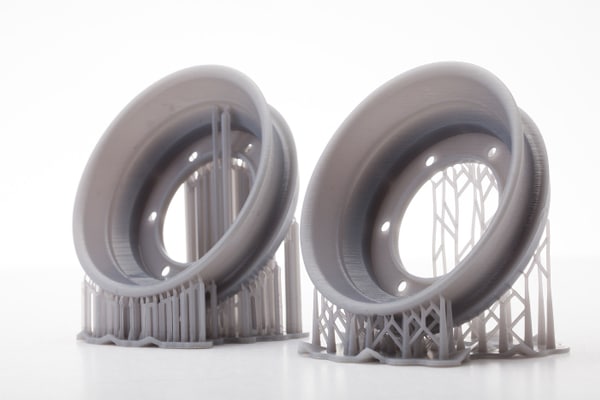 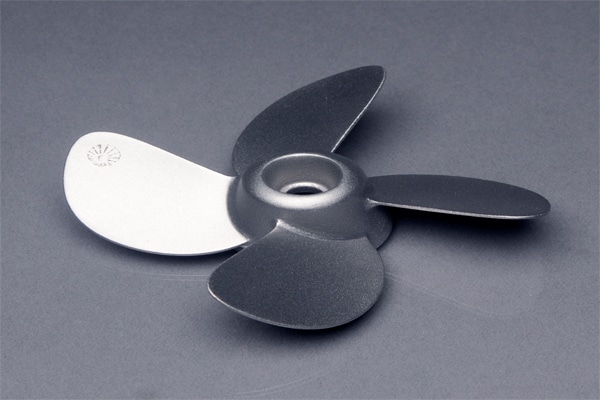 About the Author: think3D Customer Care