Researchers set to prove if aeroplanes existed during Mayan Civilization 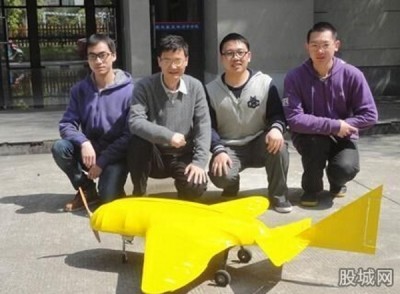 Researchers of various disciplines have considered the benefits of additive manufacturing to run tests, experiments and demonstrate on the prototypes before they finally executed in real. Previously we have seen how prototyping helped doctors to operate teenager. 3D printing has been severed by archaeologists to print three dimensional objects of the lost or excavated fragile artifacts and ancient objects to read and understand their specimen better. Attributes of 3D printing are endless.

For decades Historian and archaeologists have spent their lives knowing one of the most mystical civilization of all times – the Mayan Civilization. Another such speculation might just add in as a proof of how advanced the Mayans were at that time. 1000 years old gold pendants were excavated from Mayan ruins. Now researchers in China have used 3D printing technology to help prove the theory. What 3D printing got to do with proving the existence of something thousands years back??! Here’s how:

Shanghai based, Tongji University College of Aerospace Engineering and Applied Mechanics have replicated a thousand year old Mayan relics of gold pendants that looks like flying objects with vertical stabilizer. Now it could be simply some flying animals or insects. But researchers revealed that only aircrafts are the only objects that had vertical stabilizers. If this theory could be proved true then aircrafts seemed to have existed way before Wright Brothers first thought of designing one.

The plan was such that inner section of the aircraft was divided into different components. Some of the components will be built using laser cutting technology.

The researchers used CAD technique to model the relics, printed them at 10:1 scale in an FFF 3D printer. Finally the components were assembled to make an aeroplane, 25X the size of the pendants, and soon they were able  to test it.

The model has a wingspan [the linear distance between the two end-tips of the wings in an aircraft] of 1.25m. The aircraft has consists for 2 wooden blades used as propellers and powered by 18.5V Lithium batteries.

It turns out to be a successful test !!!! The aircraft,  which is at least 25X the relics, was able to take off, perform stunts and also landed on the ground – all controlled using remote controls.

“The aerodynamic performance analysis shows that this ancient aircraft design has very good aerodynamic performance and stability.” said Shen Haijun, a lead researcher on the project.The purpose of this project was to recreate an ancient aircraft and hopefully reveal its true origin while also showcasing the magic of ancient human civilization and their contribution to aircraft design (translated).”

There can be lot of arguments whether or not these pendants are proofs of aircrafts’ existence in that time or whether these are flying dragons (which again is a mystery, or animals.. Believers will believe. Yet it cannot undertoned how 3D printing technique is flourishing and utilized for unending purposes.