What is 3D Printing 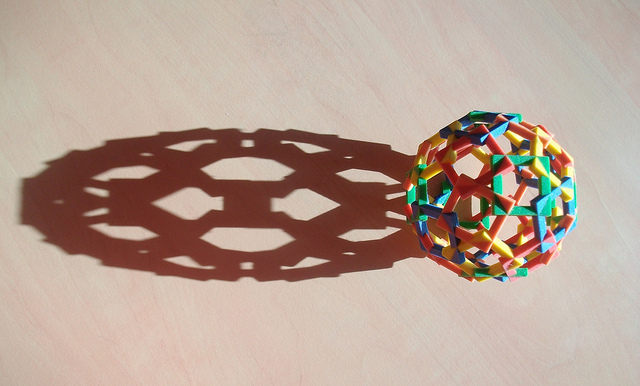 What is 3D printing?

In simple words, 3D printing is the process of printing a three-dimensional object from scratch. It is done by depositing material layer on layer through computer control. The digital design is fed into the 3D printer and the object is printed on the basis of the digital design by depositing material layer by layer. These objects can be of any shape, size. The fact that one can create objects directly at one’s workplace makes this technology highly disruptive and revolutionary. Please check the below video to get an understanding of the 3D printing process.

How does 3D printing work?

As stated above, 3D printing is the process of creating a three dimensional object by adding successive layers of material through computer controlled movement. There are various technologies that together comprise this 3D printing. But these can be broadly classified into extrusion based and powder/liquid-based. First and foremost, a 3D design has to be created. It can be achieved by scanning a 3D model or by drawing it using a various 3D modeling softwares like Maya, AutoCAD, SolidWorks, Catia, ProE.

In extrusion based 3D printing technology, the 3D printers have hot end and build plate. These two move on a three dimensional path, if extruder moves on XY axis the build plate moves on Z  axis. In some 3D printers, extruder moves only on Y axis and build plate moves on X and Z axis. A plastic filament is fed to the extruder. There the plastic melts into liquid form. That liquid gets deposited on the build plate.  The movement of the extruder, base plate is usually dictated by the design requirements. The extruder deposits material layer by layer as per the design given and accordingly the object gets created. Once the object is created, it can removed from build plate.

What are the various technologies in 3D Printing?

Fused Deposition Modeling (FDM):  Fused deposition modelling (FDM) works on an “additive” principle by laying down material in layers; a plastic filament or metal wire is unwound from a coil and supplies material to produce a part. The technology was developed by S. Scott Crump in the late 1980s and was commercialized in 1990.

Stereolithography (SLA): Stereolithography is an additive manufacturing or 3D printing technology used for producing models, prototypes, patterns, and production parts up one layer at a time by curing a photo-reactive resin with a UV laser or another similar power source.

Poly Jet Printing (PJP): PolyJet printing is a rapid prototyping process that uses additive manufacturing. The printers have two or more jetting heads that spray outlines of the part, layer by layer. Photopolymers are used and these get cured instantly by UV lamp within the printer creating a solid, plastic-like model that is precise and accurate. A gel like material is used as support material which is easily washed away. The model has a smooth finish and is ready for sanding, painting, drilling or tapping.

Color Jet Printing (CJP): Color jetting or binder jetting 3d printing process can produce high-definition, full-color prototypes or early-stage concept models affordably. Binder onto thin layers of powder. A roller mechanism spreads an even layer of white powder, the core material, across the build platform. The print heads then selectively jet the binder onto the powder to bind the subsequent layer of core material. The liquid binder serves the dual task of fusing the layers and coloring the part in a multitude of shades. As is the case with other powder bed systems, once a layer is completed, the powder bed drops incrementally and a roller or blade smoothens the powder over the surface of the bed, prior to the next pass of the jet heads, with the binder for the subsequent layer to be formed and fused with the previous layer.

Multi Jet Printing (MJP): MJP or MultiJet Printing is an inkjet printing process that uses piezo printhead technology to deposit either photocurable plastic resin or casting wax materials layer by layer. MJP is used to build parts, patterns and molds with fine feature detail to address a wide range of applications. These high-resolution printers are economical to own and operate and use a separate, meltable or dissolvable support material to make post-processing a breeze.

Multi Jet Fusion (MJF): Multi Jet Fusion is a powder-based technology but does not use lasers. The powder bed is heated uniformly at the outset. A fusing agent is jetted where particles need to be selectively molten, and a detailing agent is jetted around the contours to improve part resolution. While lamps pass over the surface of the powder bed, the jetted material captures the heat and helps distribute it evenly.

What are the benefits of this technology?

3D printing brings a host of benefits that traditional methods of manufacturing cannot.

(a) Customization: 3D printing allows for mass customization, i.e. ability to personalize products. It wasn’t possible with traditional manufacturing methods. In traditional manufacturing process, objects have to be mass produced which led to standardization. It wasn’t possible to create customized products. But with 3D printing technology, one can create personalized products.

(b) Complexity: One can build highly complex objects using 3D printing which can’t be produced using traditional manufacturing processes. This has made a significant impact on industrial applications, whereby applications are developed to materialize complex components that are proving to be both lighter and stronger than their predecessors.

(c) Tool-less: For industrial manufacturing, one of the most cost-, time- and labour-intensive stages of the product development process is the production of the tools. For low to medium volume applications, industrial 3D printing can eliminate the need for tool production and, therefore, the costs, lead times and labour associated with it. This is an extremely attractive proposition and increasing number of manufacturers are taking advantage of it. Because of the complexity advantages stated above, products and components can be designed specifically to avoid assembly requirements with intricate geometry and complex features further eliminating the labor and costs associated with assembly processes.

(d) Sustainable / Environment-Friendly: 3D printing is an energy-efficient technology that can provide environmental efficiency by utilizing up to 90% of standard materials therefore creating less waste and imposing a reduce carbon footprint compared with traditionally manufactured products.

What are the uses of 3D Printing?

(a) Rapid Prototyping: The primary use of 3D printing currently is for rapid prototyping of objects. Earlier companies had to spend a lot of money on prototypes but now with the help of these printers a lot of money is being saved. Prototypes made with the help of these printers are being used in many industries from sporting giants like Nike and Reebok to the medical industry from aerospace components to toys from fine arts to geospatial to architectural visualization you say it and it’s there! 3D printers are the becoming the BFFs of all!

(b) Health Care: 3D Printing is being used extensively in health care. Custom prosthetics that fit well to the patient body parts is one area where 3D printing is used. Medical scientists are also printing ear tissues, kidneys, heart using the concept called “Bio-Printing” which is still in the experimental stage. Doctors are also creating custom titanium skulls, hands, bones and so on. Also, doctors are creating 3D printed version of a patient’s body parts to study them before performing the operation.

(f) Architectural Visualization: 3D printing is used for development of pre visualization models that can be produced quickly and inexpensively. Once these models are created, then the actual projects are built.

Can I have my own model printed?

The answer to this question is YES! You can! Now you too can have a customized model of yourself just like the Batman or Spiderman. Isn’t that interesting as well as exciting?

The perk of this printer is that once the base design is created, whether to make one copy or a thousand copies the cost per unit is the same. Due of this, there are many online vendors who are more than willing to do this for individual clients as well not worrying much about the batch size. There are few vendors who can give life to your imagination: Sculpteo, Shapeways, Ponoko, Quick Forge, i.materialise etc

Should I worry about the high costs?

The price entirely depends on the materials used and also the size of the print. Some popular vendors say that the average price on one order is somewhere in between $50 to $100.

In order to reduce the price of the model its very essential that you make sure that the 3D image that you give is proper. If not so then the model is usually printed as a solid mass rather than being hollow.

According to one of the online vendors the price of models that are solids having a dimension of 2cm x 2cm are priced at $17 whereas on the other hand models of the same dimension but which are hollow are priced at a nominal art of $3. The margin is huge! So make sure the image is upto the mark. Of course, you should not expect the cost to be as cheap as the mass produced objects. The idea of 3D printing is to make you the creator and give special attention to your requirements, at a slight premium.

Should i bother about 3D printing?

The best judge of this question would be YOU! But wouldn’t it be awesome to gift someone a 3D model of theirs and make them feel like a superhero?

Imagine you being able to hold your imagination right in your own hand! I feel that the best feeling that anyone could ever render. I think it’s worth trying at least once.

If you plan to do in a large scale for commercial purposes the odds have to be weighed but the 3D printers are the most cost effective machines when done in small quantities for exclusive design concepts.

Why not? But be sure what you want to use it for. If you are a hobbyist excited about creating something on your own, you can go for the low cost DIY printers for a few hundred dollars. If you want some basic prototypes or wanting to open up a small online business, you might opt for slightly costlier models starting from US $2000. If you are very particular about your design precision or if you want more creative stuff using multi-color or multi-material technologies, then be ready to spend big bucks!

In the near future we can expect that the 3D printers will become as widely used as computers and internet. But as of now the prices are soaring for the average buyers to buy them.